How to Deal With The Neighbours From Hell

is the next door nocturnal line dancing getting you down? Does their privet invade your personal space? Well, you’re not alone. But when your neighbour becomes your enemy, what can you do?

If you’ve bought a new sofa and the arms wobble, you simply phone the shop, or return the item online,  give them an earful and get them to send you a new one.

The problem is oh-so-different if it’s your neighbours that are the faulty goods.

As anybody that’s done it before knows, moving home costs can cost thousands, so shipping out of your neighbours don’t shape up is only an option if a) you’re loaded, or b) close to committing murder.

Anything ranging from weird smells to bumps in the night, to obnoxiously loud partying can be a trigger for neighbourhood disputes. 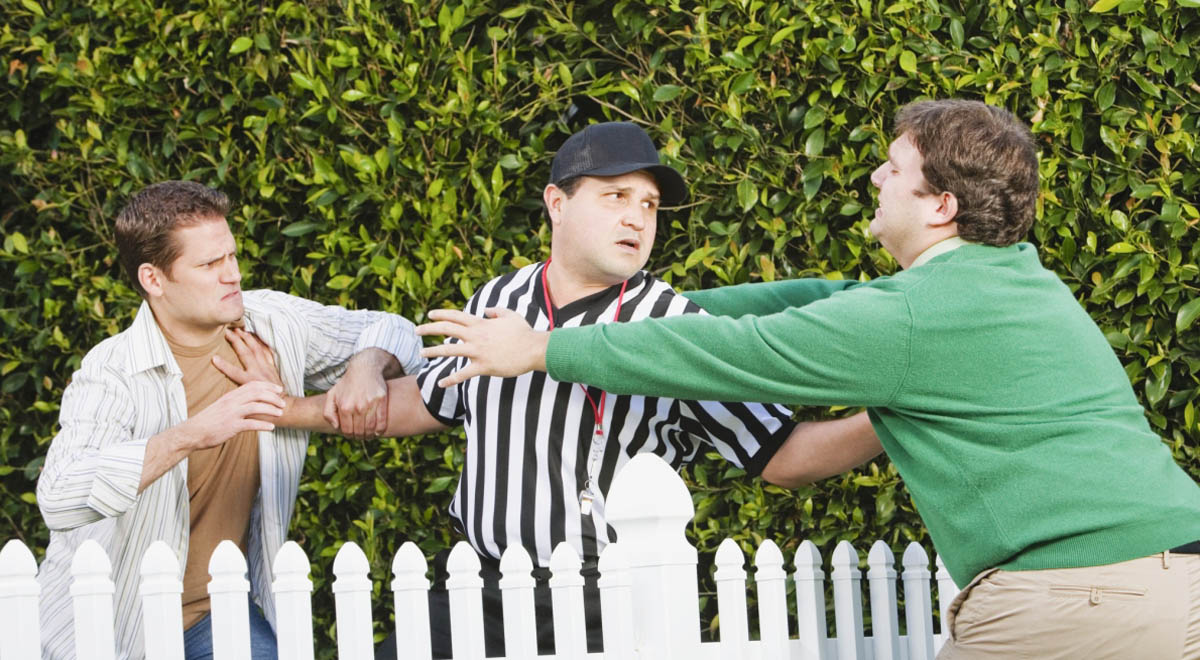 If you can’t stomach dealing with your hellish neighbours yourself, get a mediator

We spoke with an expert mediator who has seen more neighbourhood spats than we’ve had hot dinners.

“Most disputes we deal with involve noise, and there are a fair few over boundaries too, but often there are hidden problems that spark the arguments off in the first place,” she says.

“For instance, neighbours may have been friends then fallen out and they blame the argument on anything but the fact that they don’t like each other anymore. ”

And if loud music and car alarms are the problems in the inner-city areas, then the flashpoints in the leafy suburbs are fences, trees and hedges.

Acacia Avenue is crawling with people that are fuming over their next-door neighbour’s overgrown privet or wonky fences.

But the law is fairly clear about these kinds of disputes.

Title documents and plans for your property should show whose fence is whose. If your neighbours’ tree overhangs your garden, you’re totally in your rights to prune it back.

However, if your neighbours are real sticklers remember the clippings do not by law belong to you, neither does fruit overhanging from a tree,  that’s on their property — Now don’t say you haven’t been warned.

And the remedy? It is, of course, never simple. but the experts all advise a bit of a chinwag as the first step.

Whether it’s an informal meeting with tinkling teacups or over a few beers, or a simple non-confrontational chat at the communal stairs, a bit of talking may be all that’s needed to clear the air.

But if talking just ain’t working  — and let’s face it, the Grant Mitchell lookalike at number 34 that plays Barry White super loud at 3 AM is rarely the best of communicators — it might be time to call in an independent mediator.

There are plenty of specialist mediators services you can call on which will organize peace talks between warring parties — sort of marriage counselling for neighbours who want a divorce.

IF things get really nasty, the local Environment Helth Officer (EHO) can step in. With noisy neighbours, for instance, you will have to prove that the noise whether it’s late-night drum and base or early morning drilling – stopping you from enjoying your property.

To prove your case, you need to collect records over time, if you’re successful in proving that the noise is a “statutory nuisance” – your rowdy friends can be fined by the courts. 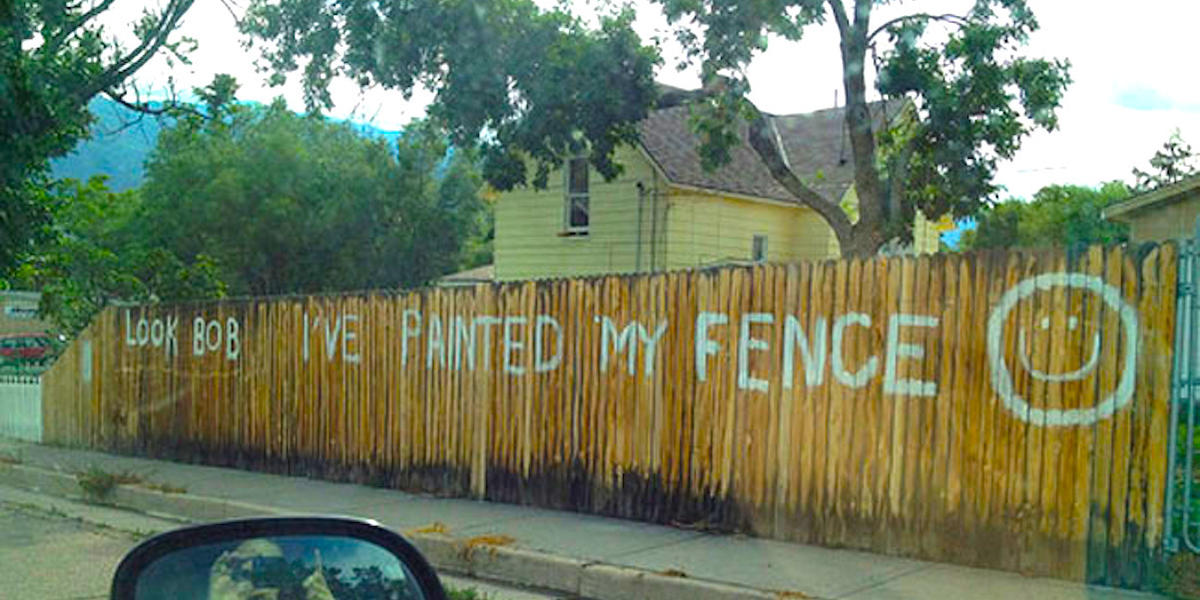 The EHO can also de-activate ear-splitting car alarms that go off at night after night.

And if all that fails, you could take desperate measures and hire a lawyer to sort out an injunction against your neighbours.

Usually, if you’re taking things to court though, things have progressed to an unresolvable position, hence why it’s always suggested to try and get these things sorted in an amicable way as soon as possible.

We spoke to an expert at the Citizens Advice Bureau to come up with some answers to a few thorny neighbourhood problems. Here they are:

“Help! We’ve moved in next door to the family from hell!”

Our problems began almost as soon as we moved into our house near the city centre.

The street seemed lively and full of kids playing football when we came to view the place, but we’re expecting our first child in August, so that seemed like a plus.

What we didn’t know was these innocent looking kids would soon become the bane of our lives.

They’ve broken our hallway window (we have no evidence it was them but we saw them running away), they congregate on our steps in the evening, shouting abuse at us and when we’ve complained to their parents they’ve gotten aggressive too.

Now we get unpleasant comments from the whole family when we walk down the street.

They even dump rubbish on our steps. We’re not the only ones on the street to feel intimidated. What can we do?

You might be livid, but if your neighbours’ kids damage your property, talking to the parents is the best first step, even if in your case it amounted to nothing but abuse.

Legally a child can be sued for damages if he or she’s old enough to know what they’re doing — but in practice, of course, this is usually unrealistic.

If talking doesn’t help, ask the local police about issuing an anti-social behaviour order or if in the U.S a restraining order.

Local authorities often have the power to set up child curfew schemes to control unsupervised children under the age of 10, at night.

This can only be imposed following consultation with people in the neighbourhood affected by it. Get together with other neighbours who feel intimidated and make a joint approach to the council and/or police.

I moved into my dream flat in London, six months ago. It’s in a really up and coming area but is quiet in the evenings. Quiet, that is until you go up the shared stairway to my flat.

As soon as I moved in I noticed that the woman upstairs was getting a lot of visitors. –all men– at all times of the day and night.

It gradually dawned on me that she wasn’t taking in washing.

The fact that I live downstairs from a prostitute might seem quite funny, but I feel under threat from some of the men who come round.

They sometimes mistake my door for her which makes me feel even more vulnerable.

I’ve talked to her about my worries and the police have visited a few times but they don’t seem able to do anything, I don’t want to move, but I’m going to have to if things go on the way they are.

The solution here may be as simple as ensuring she escorts the men upstairs on their arrival and takes them downstairs on their way out. OR if there is another entrance to the building that would mean you did not have to share a common stairway and entrance hall?

Before you start to pack your bags, check with the Citizens Advice Bureau to see whether there is a mediation service locally which might help you reach a workable solution to the problem.

But if this doesn’t work and you consider the problem to be more serious and remain feeling vulnerable then it might be prudent to contact a lawyer, If your neighbours flat is rented the landlord may be able to seek possession if the tenant causing the nuisance has been convicted of using her accommodation for “immoral purposes”

We rent a gorgeous mews flat with roses round the door (no kidding) but our neighbours think that because we’re two single girls who occasionally stay up past 11 pm we’re letting down the neighbourhood.

Since moving in a year ago we’ve only had one noisy party and we put notes through our neighbours’ doors apologising in advance for the noise and turned it down when they complained.

Ever since then though, our names have been mud in the mews. If we make even the slightest noise our neighbours bang on the walls so hard that the house shakes and someone has resorted to putting dog poo on our doorstep every morning.

We don’t feel like we’ve done anything wrong, but they obviously do. Is the only answer to move?

John Says: Mediation could take the heat out of a problem that seems to have gotten out of hand. If it’s too difficult to speak face-to-face, mediators can approach your neighbours on your behalf and help you understand why they are behaving this way.

A little understanding on both sides could even yet lead to neighbourly harmony, but this will only happen if real communication can be established.

Failing this, consult the environmental health department of your local council and the police about the dog dirt.

All names and addresses have been changed to protect the interviewees’ identities (and same them from an extra-large helping of doggy-doo on the doorstep.

So you think you’ve got problems? 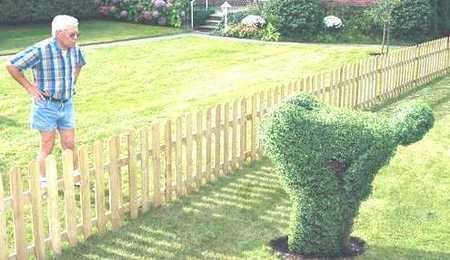